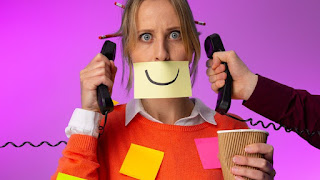 
There's an old adage in PR that the press release should have the name/brand of your client and the story in the first line. Therefore mine would read, 'Ollie George Clark's new play Cuttings, opens at Islington's Hope Theatre and is a complete five-star must-see triumph.' Sadly I'm not doing the PR, but effectively that's my review in a nutshell - need I write more?


OK, Cuttings is about 'YouTuber turned actor Arthur Moses wins an Olivier Award, and moments later goes on to drunkenly deliver the most offensive, outrageous and profanity-laden speech in the ceremony's history'. For offensive, read the c-word several times and everything else in between, broadcast live on the BBC – poor Auntie!


'His publicists Gracelyn, Ruchi and Danica have quite a morning ahead of them. They'll need to apologise on his behalf all while fielding calls, defusing social media, stamping out print, handling the talent, licking SOLT's wounds and if Arthur could stop posting on Instagram for a second that would be great.' Cuttings is a real-time master class in crisis management, dealing with an ego more massive than any plus-size and outsmarting and outmanoeuvring the assembled media - social, print and broadcast. Do they succeed, as always no spoilers here?


Ollie George Clark has written the PR-version of the Devil Wears Prada, and I would dearly love to know which PR professionals/consultancy Cuttings is based upon, as it is brilliantly observed, tightly constructed and the dialogue is achingly precise.


Leading the team of three PR-professionals - what is the collective noun for PRs -  that make up the ensemble is Gracelyn played to perfection by Joan Potter who is the quintessential agency head with a black book of contacts to die for and a mind more devious than Machiavelli. Potter's performance is as if she just left an agency and headed over to play herself in the theatre, spot-on brilliance. Maisie Preston as Danica, the younger, greener 'account executive' is terribly well travelled and place-drops incessantly – Bolivia, Nepal, Kuala Lumpur, Mozambique, but once again plays her with dippy naivete that is captivatingly sublime. Completing the triumvirate is Ruchi, the experienced account director compelling and engagingly played by Natasha Patel. These three actors are a complete joy to watch - gloriously forceful, compellingly credible and utterly authentic. 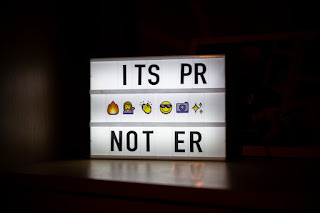 Rob Ellis's direction is defined, pacey, and superbly well-observed. But ultimately it's Ollie George Clark's sparkling writing that makes Cuttings such a gem, and I can only hope that the work has a life beyond the Hope. Let's trust Sir Howard Panter comes calling for a Trafalgar Studios transfer and, if there isn't an Offie-nom soon, I'm cancelling my sub to The Stage! 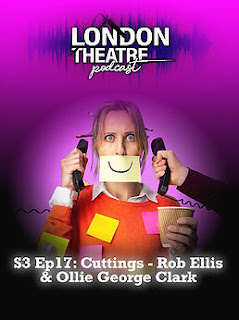