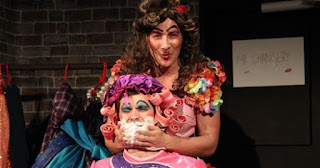 Preview - LKT Productions to tour hilarious OH NO IT ISN’T! Oh yes they are!


The London-based theatre company, LKT Productions are set for a nationwide tour of their multi award-nominated panto-play, Oh No It Isn’t! This follows quickly on from their recent Offie award-nominated and multi-starred production of Th’Importance of Bein’ Earnest that saw Oscar Wilde’s classic relocated to a Yorkshire Council estate with hilarious results - my review here.


Written by Luke Adamson, and starring Luke Adamson and Robbie Capaldi, Oh No It Isn’t! is directed by Kennedy Bloomer and Toby Hampton will be visiting some of the country’s most beautiful theatres between April and June – see below for full schedule and booking information.


They’re the best of sisters onstage but the worst of friends off it.


It’s the final performance of Cinderella in a moth-eaten, regional theatre and backstage tensions threaten to boil over onstage.
Will the egotism, one-upmanship and sexual politics remain confined to the dressing room?
Will the ugly sisters keep the professional professional and the personal personal?
Will we ever find out what happened during Babes In The Wood? 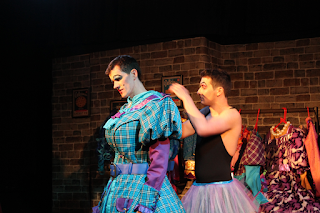 Great British Pantomime Award Nominee, writer and star of Oh No It Isn’t!, Luke Adamson feels his new play is a reflection on his 20 years in the theatre, how the business has changed and the challenges that actors and theatres face in the 21st century.


It is both hilarious and moving, and the new play combines scenes and routines from pantomime with the backstage dramas of the two actors playing the ugly sisters in Cinderella. 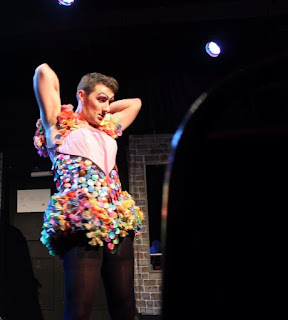 Adamson says, ‘a lot of the anecdotes and stories featured in the show have actually happened to, or been retold to me while working in theatre. Some are genuinely unbelievable but very true. Pantomime is probably the single most popular show in a theatre’s calendar and OH NO IT ISN’T! provides a chance for the audience to enjoy some of their favourite scenes from panto outside of the festive season, but also a unique opportunity to see behind the curtain and appreciate the hard work, the sacrifices and the real lows that can affect those involved in creating their Christmas treat.’ 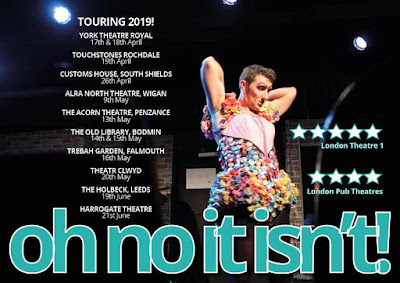