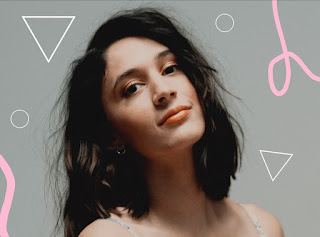 21ST CENTURY GIRL released from Elliot Clay’s upcoming new musical MILLENNIALS
21st Century Girl is the new single from the upcoming new musical Millennials, written by Elliot Clay and performed by Lisa Olivant which drops today.
Millennials is a new pop-concert musical about extraordinarily ordinary people and aims to push the boundaries of what musical theatre for the 21st century could sound like. It is a truly 21st-century piece, telling extraordinarily ordinary human stories from across the world, through soaring pop songs, driving rock beats & anthemic ballads.
Talking at the launch today, Elliot Clay said, ‘I'm so excited to release another song from my musical Millennials and honoured that one of my oldest friends Lisa Olivant, who just happens to have one of the best voices I've ever heard, is singing it’.
With blaring horns, insane vocals and some seriously funky grooves, 21st Century Girl tells the story of a female-identifying millennial finding empowerment through adversity.
21st Century Girl was due to be recorded the day that the UK entered Corona-virus lockdown. However, through the magic of technology and the talent at Auburn Jam Music studio, where the record was produced, the lockdown has not stopped the release of this new single. The debut single release, See You, performed by Luke Bayer has been streamed in over 70 countries and 6 continents.
21st Century Girl (from the musical MILLENNIALS)
Performed by Lisa Olivant, Music and Lyrics by Elliot Clay
Produced, Mixed, Orchestrated, Mastered by AUBURN JAM MUSIC