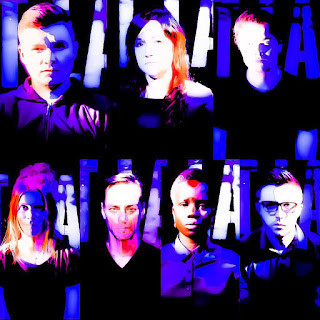 At Last
'I love it when a plan comes together' is one of the most famous quotes from 80's TV show, The A-Team. And it seemed achingly pertinent at the end of Proforca's production of James Lewis and Alexander Knott's new work, At Last, where there was a palpable air of something extraordinary happening. Whether it could be described as a totally enjoyable experience might be debatable, but at least you knew you were alive.
As an audience, we had just spent 110 minutes in recent dystopia. We were warned in the programme that the piece 'contains strong language and depictions of violence and torture' – and it didn't disappoint.
Quoting the play's synopsis, 'this is the story of ten years of hate. Ten years of oppression and anger when we gave ourselves up to the dark.
‘A story of the mother who fought for her broken sons, and the father that stood in judgement. The daughter willing to pay the ultimate price for freedom, the man who stood by and watched and the woman that listened.
‘This is the story of when the world went mad. It is time to tell the truth.'
Told in a series of monologues, we hear the stories of the aftermath of 10 years of a totalitarian right-wing regime in the UK. And this is not the future, but 2018 which adds to the complicated dynamic as the stories of family destruction, senseless cruelty and unfathomable madness unravel.

Directed with incredible pace, precision and heartbreaking realism by David Brady with Jess Barton, At Last is played by a company at the top of their game. The ensemble of seven – David Angland, Michael Faulkner, Gemma Wray, Malcolm Jeffries, Demelza O'Sullivan, Anthony Fagan, Melissa Phillips - exploit the unquestionable strength of the piece, together with each character's unbelievable, and at times, heartfelt story.
The entire production is endowed with standout performances from a standout group of actors. Malcolm Jeffries as Asper, a Justice of the Peace, playing judge, jury and effective executioner, was tremendous, eliciting a palpably visceral reaction to his performance of evil. David Angland and Michael Faulkner as Danny and Jack gave compelling, real and, at times, gut-wrenching performances as two brothers on different sides of the regime – one torturer and one tortured. Demelza O'Sullivan as Marie, the boys' mother, captured the raw emotion and unwavering love of a mother in an incredible performance.
Proforca Theatre Company enjoys a bold mission statement, 'to create theatre that challenges confronts and engages our audience'. Without doubt, it is mission accomplished with At Last, in a production that is sublime at so many levels. Go!
At Last plays at The Lion and Unicorn Theatre Kentish Town
until 22 September


WRITTEN BY:  "At Last" is written by James Lewis & Alexander Knott.