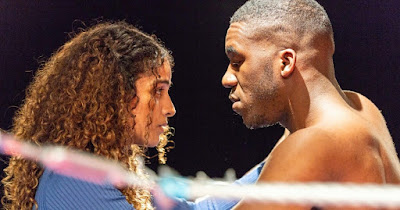 
In the welcome from Omnibus Theatre's artistic director, Marie McCarthy says, 'not only will our audiences see Othello in a new light, but also open Shakespeare up to those who think that stories written over 400 years ago are not for them'. And, without a shadow of a doubt, she's right! Othello Remixed is a fresh, vibrant, exciting and relevant take on this well-loved classic.


Set in 'London 2019, Othello's story is staged in a modern day boxing ring, urgently reinventing Shakespeare's warnings of manipulation, division and revenge. Championship boxer Othello has chosen Michael Cassio to be his corner man. Rejected, Iago is riven with jealousy and deceit. Desdemona is in the centre of their conflict which may (or may not) lead to a calamitous end'.


With an explosive mash-up of language, the adaptation uses Shakespeare's original text but cleverly interweaves it with modern idioms, nuances and references. Who would have thought that pussy-whipping would meld so beautifully and Nando's would have warranted a mention?


With an exciting ensemble drawn from Intermission's Youth Theatre, all of whom have gone on to work professionally, Raymond has created a fascinatingly tight and relevant environment in which there is some outstanding and engaging acting from this young, objective and gifted group.


Kwame Reed as Othello is a powerful physical presence throughout, whose performance is credibly charismatic and captivating. Hoda Bentaher as Desdemona is superbly naive and wide-eyed until her world spectacularly falls apart and her incredible physicality with Reed in the final scene is breathtaking to behold. Baba Oyejide as Iago enjoys a different form of physicality in his performance and manages to skilfully encapsulate the inherent evilness - intimidation, mistrust, shameless abuse and exploitation of the character. 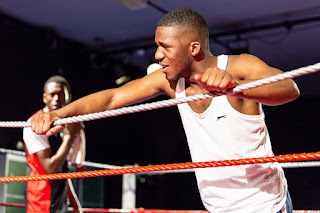 Shamelessly quoting Darren Raymond who says, 'there is no right or wrong in Shakespeare - his work is very much open to interpretation.' And this is the pure glory of this production which is without a doubt a powerfully conceived and executed exposition of mistrust, abuse, revenge and intimidation – a genuine theatrical experience with physically powerful and cohesive performances from a sympathetic and intuitive ensemble. 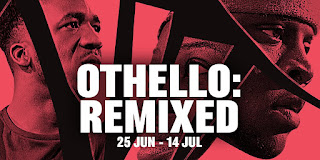