It Rains Diamonds On Jupiter - a ★★★★ view of human life 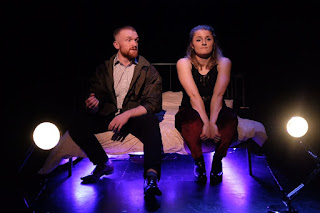 ☆★★★★ It Rains Diamonds On Jupiter


When Laura Furner, the producer of It Rains Diamonds on Jupiter stepped forward at the beginning of the performance with what was, in effect, a public health warning about the subject matter, you knew this had the potential to be racy, hot and steamy. And boy was it hot, especially as the ventilation/fan was turned off during a particularly humid night!


Eleanor Ross’s play is based on a young woman’s time as a sex worker in the UK’s escort industry and tells the true story of Liv, who discovers ‘an alternative way to get by at university, it feels like she’s hit the jackpot. And actually, it’s pretty fun… at first.’


As Liv leaves university to forge a career in journalism, she is haunted by the decisions she made to pay for her future. And, as she moves up the career ladder, faces the realisation that the world doesn’t approve of the work she chose to do. When a call from her past comes out of the blue, the life she worked so hard to build begins to collapse around her…


Anastasia Bruce-Jones has directed a fascinating, fast-paced production which is led by, what can only be described as, a tour de force performance by Rosanna Suppa as Liv – ‘Billie Piper made it look so easy’. On stage throughout, Suppa adds credence to the claim that all human life is here as she explores the myriad of punters in a sex worker’s client base – from a lonely old man to a violent abuser.


Oriana Charles as Jai, Liv’s girlfriend, portrays a brilliantly needy predatory confusion as the layers of Liv’s life are gradually exposed. Jacob Melling as Bill, Liv’s peripatetic pimp, is seedily menacing as he portrays his business as quaintly normal and Jonny Cox-Vinnel as Dale, the gay boy rent boy – ‘I quit being a lawyer to fuck’ – is a fascinating foil to Liv’s confusion as her life unravels.


All in all, It Rains Diamonds on Jupiter is a very tight and coherent piece of writing and is beautifully performed by a supremely talented ensemble. It is, without doubt, a play that deserves, and feel sure will get a more significant and sustained audience. 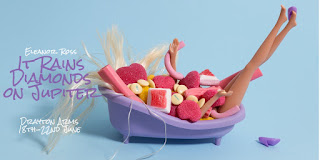