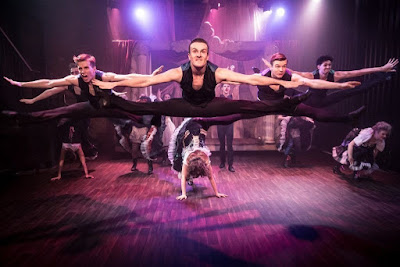 Phil Willmott’s adaptation of Can-Can!, currently playing at Sasha Regan’s Union Theatre as part of the Essential Classics Season 2019, is loosely based on a plot by Sir Arthur Wing Pinero, with music by Jacques Offenbach, Franz Lehar, Sigmund Romberg and others with lyrics by Phil Willmott – a jukebox musical for La Belle Époque. 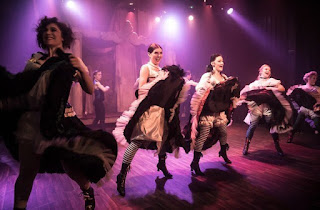 Interwoven with a family saga featuring three generations of the eminent Bontoux banking dynasty – closeted father, eccentric great aunt and two intimidated sons, Can-Can! features the infamous performers of the Moulin Rouge in the 1890s – Jane Avril, known as the queen of the Moulin Rouge and La Goulue, known as the queen of Montmartre. Toulouse-Lautrec, prominent with sketchbook in hand, is joined by the young Offenbach and a scintillating line-up of speciality acts, dancers and celebrated figures of their day.

As much as there is a storyline, Can-Can!, as the name on tin suggests, is a magnificent dance extravaganza, with some of the best, most inventive and diverse choreography by Adam Haigh. He has excelled in transporting the audience back to some of the seedier boites on Paris’s left bank, with magnificent examples of tango, modern, ballet and of course can-can. Kathy Peacock as Jane, not only possessing a stunning voice but also dances up a storm in her ballet with the superb Damjam Mrackovich to Offenbach’s Barcarolle.


PK Taylor’s ambiguous, yet full-throttle betrayal of La Goulue is engaging and charismatic to watch, and the line ‘I was once described as tour de force, and now I’m forced to tour’ is delivered with gutsy reality-driven. showbiz cynicism. Corinna Marlowe as both Madame Olga, a Russian Wardrobe mistress, – ‘marry a cucumber and wake up with a potato’ – and Countess Bontoux is exquisite, charming and decidedly enigmatic – a complete joy! Not so joyous is the running joke, and ultimate performance by an act specialising in flatulence or maybe I’m just being an old fart? 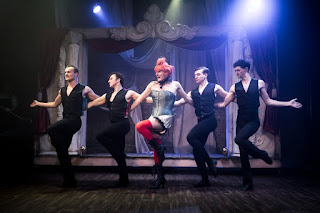 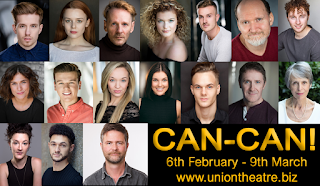