Preview: Joe Stilgoe joined by Rob Brydon in Christmas at the Movies at Lyric Hammersmith 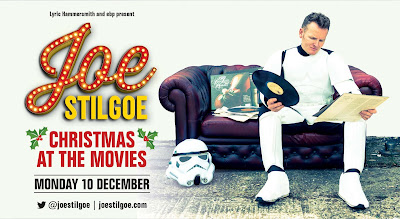 Joe Stilgoe and his magnificent seven-piece band are joined by Rob Brydon, Louise Dearman and Jess Gillam for a one night festive spectacular, Joe Stilgoe's Christmas at the Movies, at the Lyric Hammersmith on Monday 10 December at 7:30pm.


Joe Stilgoe returns to the Lyric for his third consecutive year of festivities with the premiere of a brand new show, Christmas at the Movies, that follows on from his hugely popular show, Songs on Film, inspired by some of the greatest films of all time.


A self-confessed film fan Joe always adds his own original and stylish orchestrations to some of the most memorable moments in movie history making them uniquely unforgettable.


It's not only a new show but a new line-up of guests this Christmas, including West End Theatre and international concert star, Louise Dearman (Wicked!, Guys & Dolls), award-winning saxophonist, Jess Gillam (Classic Brit Award Winner 2018, BBC Proms 2018), and national treasure, Rob Brydon (Would I Lie to You?, Gavin and Stacey).


Joe and his guests are promising a sleigh ride through the movies with an abundance of Christmas treats and surprises on board from It’s A Wonderful Life to White Christmas, Home Alone to Elf, and his eclectic cinematic taste and a joyous ease with an audience will have you leaving full of goodwill and festive cheer. Seemingly, there is no better place to start your Christmas!


Rob Brydon said: "So pleased to be returning to Joe's Christmas show to sing a few festive songs. Last year was such a great night, I can't wait."


Highlights from the show will be broadcast on BBC Radio 2: 2pm on Christmas Day. 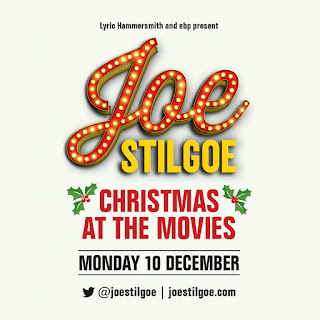