Locked Up - An exploration of trust 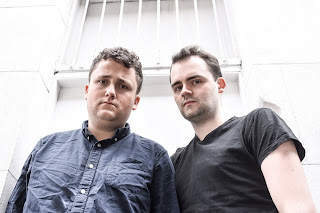 
Heather Simpkin’s new play, Locked Up is at its purest an exploration of time and space. This might seem a somewhat flippant summation, but it is in the detailed investigation of these two concepts that trust and truth begin to bloom and ultimately become the dominant emotions in this tightly drawn observation of human nature and relationships in an unreal environment.


The premise of the piece is that ‘two men are trapped in a confined space which they interpret as their cell. Since being taken against their will, the only world that exists for them is that cell and an enigmatic White Room where there are few clues to their immediate predicament...’ 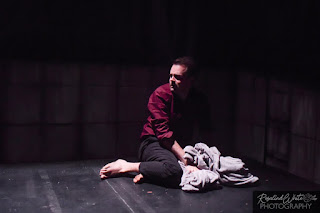 It was fascinating to watch the human need to measure so beautifully played out in both characters. Samuel Ranger as Declan is seen from the beginning pacing - measuring the space in which he is trapped in different multiples of the human dimension. This moves on to his estimation of time by singing incessantly about the number of bottles of beer consumed. Interesting when we first encounter Topher played by Conor Cook, he too is pacing for measurement of his alien environment -  both ostensibly trying to reconcile time and space. 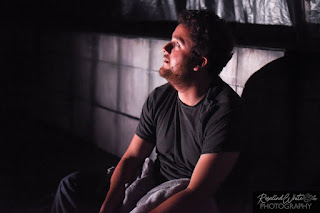 This entire environment is stunningly realised by the simply achieved set by Justin Williams and Jonny Rust, who seem to be the go-to designers for so many exciting fringe productions of late. Above all, the sound design by Jac Cooper and lighting design by Euan Davies complete this shockingly frightening and claustrophobic scene, which director, James McAndrew exploits to the fullest with his sharp, cleverly observed, almost filmic, depiction of unexplained confinement.


Declan and Topher’s desperation builds as they try to discover answers to their questions and a way out of this seemingly absurd, unexplained situation. With no spoilers here, Cook and Ranger keep the tension and emotional endurance to the eventual outcome. Both give strong, knowing and highly credible performances without spoiling the pressure that has been developed throughout the piece. It was good to see Conor Cook playing a more hardcore, esoteric character, especially as he has been so cleverly comedic of late, especially in The Provoked Wife. 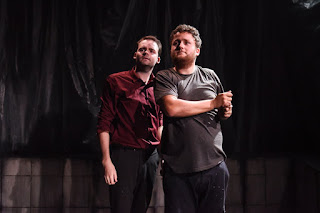 My overriding impression of Locked Up is that, apart from the tight, insightful and smart writing of Heather Simpkin, this is an ensemble that has worked together in creating a highly credible, coherent piece of modern theatre. One that questions, challenges and above all portrays a society that is not all it would seem – a chilling indictment to a world where trust is a questionable and fragile virtue. 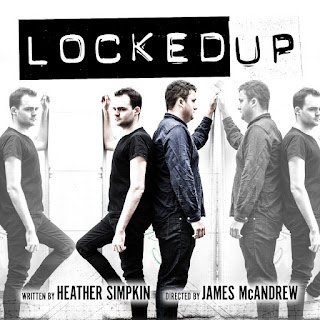