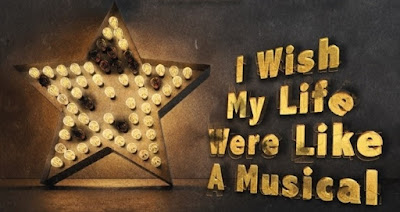 
It is not unusual to wake up some days with the desire to Tap Your Troubles Away. Seemingly help is at hand with Alexander Bermange’s highly praised I Wish My Life Were Like A Musical which returns, by popular demand, to The Crazy Coqs for a two-week run from August 13. The show presents everything you could possibly want to know about being a musical theatre performer… if only anyone would dare to admit it. Shamelessly there are several, myself included, who would love to learn the secrets!

With an all-star, West End cast comprising Madalena Alberto (Evita), Suzie Mathers (Wicked), Cedric Neal (Motown The Musical) and Lucas Rush (American Idiot), this sparkling musical revue comedically covers the journey from eager drama school graduate, right through to brattish diva, or past-it chorus member, or bitter has-been – or never was! Along the way, you will be privy to anecdotes, revelations and confessions – in song – that lift the lid on awful auditions, debilitating dance routines, mid-performance mishaps, and backstage backstabbing – alongside celebrations of those magical moments that make it all seem worthwhile.