EUAN - A question of search and find? 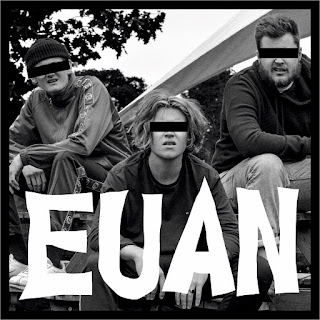 
Here’s a novel idea, and there are plenty of these as you will discover in Chewboy Productions’ world premiere of their new play, EUAN.


EUAN began life as an idea inspired by a real chap called Euan, who challenged writer Georgie Bailey to write a play just using his name. Simple enough premise and the naissance of the work currently at Tristan Bates Theatre and part of the Camden Fringe festival.


With a tagline of #WhereIsEuan, there’s apparently an element of mystery as to the whereabouts of the eponymous Euan. Suffice to say, there are no spoilers here as to the outcome of the search but here’s the plot summary, courtesy, thankfully, of the Chewboys.


‘Listen carefully now…and keep up.
‘We've lost Euan. Euan's gone. Euan ain't coming back. No one can know that Euan's gone, cus', well, we're 'sposed to be looking after Euan. And if the boss finds out, then she ain't gonna be happy. So, we gotta find Euan. Which is all well and good, if anyone actually knew what Euan was.
‘Got it? Good. Let's get begun. ‘


As an ensemble it is utterly captivating to watch three actors who apparently have a magnetic rapport with each other, perform with such unrelenting vim, vigour and voracious commitment in their performance of this tightly-written examination of what ‘we'd do to save our own skins in the most bizarre situations.’


George Craig’s performance was utterly mesmerising throughout and his regular interruptions to grab his Dictaphone to record novel ideas, or wax lyrical about his pet woodlouse were hysterical, bizarre comedy at its best.


As actors, it was also smart to see the passing references to their professional training, especially the exploration of stage combat, which resulted in an exquisite display of physical comedy, beautifully timed and one of several genuine laugh-out-loud moments.
The ultimate success of EUAN lies in the trust displayed between the actors, the undoubted cleverness of the writing, and the breathless – literally – enthusiasm of their performances.


The ‘Chewboys’ are definitely a theatrical force to be reckoned with, and it will be fascinating to see their undoubted talent develop in the near future - that’s assuming they actually manage to find the illusive Euan in the first place. So don't delay, join the search! 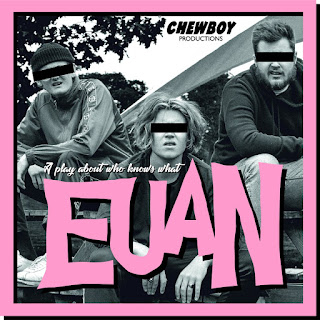 SPECIAL NOTE. EUAN has one of the most stylish programmes seen in a long while and clearly is an excellent reflection of the Chewboys’ undoubted interest in their brand values and ultimate promotion. 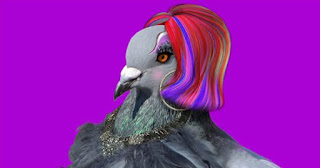