GUY – The Grindr musical that swipes both ways! 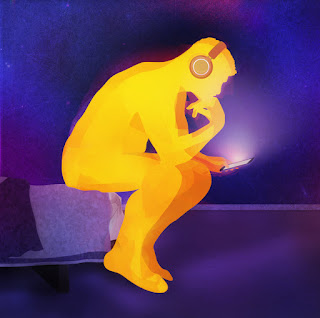 In Sondheim’s iconic song, Losing My Mind, he talks about ‘standing in the middle of the floor, not going left, not going right.’ This sentiment has now effectively been updated in Leoe&Hyde’s GUY, the musical for the Grindr generation, to more appropriately, ‘not swiping left, not swiping right’.

Telling the story of Guy, a gay, fat, and socially awkward millennial who's looking for love on an app which has a million unspoken prejudices and put-downs based on appearance.


Described as ‘the summer musical so hot you'll ask for a second date’, Leoe&Hyde’s score has a decidedly retro electronic-pop vibe with an excellent collection of songs and some very smart and, at times, poignant and heartfelt lyrics.


The four-strong company features Seann Miley Moore (X Factor finalist in 2015) as Aziz, a doctor looking for love gives a performance of infectious swagger with physically powerful vocals. Brendan Matthew in the title role of Walker’s crisps-eating Guy is endearing and appealing but equally supported by excellent performances from Adam Braidley and Steve Banks. The undoubted success of GUY is the tightness of the ensemble and the brilliant book by Leoe Mercer which is witty, charming and with some genuinely inventive one-liners and laugh-out-loud moments that clearly appealed to a non-age specific audience.


There are no spoilers in this review, but it is safe to assume that this love story does have a happy ending! Seemingly it also left an audience in high spirits at the Bunker who left the theatre with a pleasant buzz and grins on their faces.