Magic To Do barely describes this wonderful revival of Pippin, the1972 Broadway musical. This is a truly magical night at the theatre. Originally produced at Manchester’s Hope Mill Theatre by Katy Lipson, Joseph Houston and William Whelton, this will be the third transfer from this superb producing team that included last year’s Hair and Yank!. 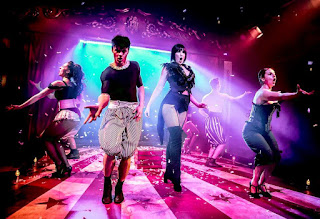 Rather than reinvent the wheel, here’s Southwark Playhouse’s synopsis, “a soul-searching exploration of one man’s journey to find himself, his place and purpose in life, Pippin is a musical about an ordinary man on an extraordinary journey. This new production spreads a darkness over the innocent tale of the exciting life and adventures of young Prince Pippin, told by a mysterious troupe of Victorian Vaudeville players who promise the audience ‘a finale you will remember for the rest of your lives…’ ”
Pippin features a stunning score by Stephen Swartz (Wicked and Godspell) and includes classics Magic to Do, Corner of the Sky and my ultimate favourite, No Time at All. Originally directed by the great Bob Fosse, it ran for 1,944 performances and is the 34th longest-running Broadway show. It also recently completed a hugely successful Broadway revival. 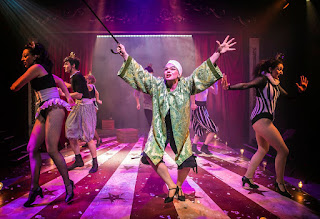 Stylishly directed by Jonathan O’Boyle and with wonderful choreography (including nice nods to Bob Fosse) by William Whelton, Pippin is a great ensemble piece and fits beautifully into the Southwark Playhouse. With a standout performance from Genevieve Noble as the Leading Player who controls and leads the production with an assured verve and some brilliant comic moments. Jonathan Carlton as Pippin is perfect in the lead role and handles the score with flair and finesse. Other standout performances from this wonderfully crafted ensemble are Rhidina Marc as Charles, Bradley Judge as Lewis and Mairi Barclay as Fastrada and Berthe. 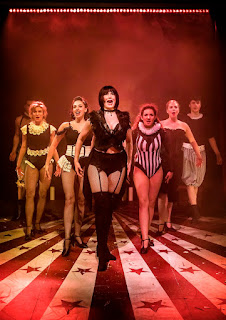 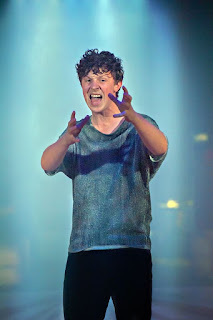 Sadly Pippin is only on for a very limited run and is without doubt one of the most exciting musicals in London at the moment. Hopefully, it will have an extended life elsewhere - it is a dazzling thrilling piece of musical theatre and should not be missed. Fight to get a ticket; you will not be disappointed! 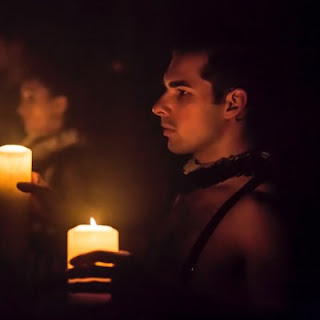