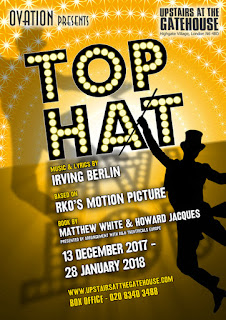 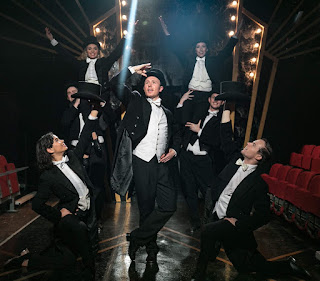 It is always with a sense of excitement that you enter the theatre at Upstairs at the Gatehouse as the sets are such an integral part of the experience. Emily Bestow’s design for Top Hat is a fantastic surprise as the performance space has been reconfigured into a traverse staging and at once you feel like you’ve entered the foyer of an opulent Art Deco hotel – black, gold and shiny floors. For the audience, this is a fashionably immersive experience and better than having a front row seat at Strictly!

The wonderful company is led by Joshua Lay who sings, dances and taps with gusto throughout and gives a polished, tour de force performance. Joanne Clifton is once again one of the brightest new stars in musical theatre and, by most people’s standards, has had a well-deserved, magnificent year, especially in Thoroughly Modern Millie. Thankfully Strictly’s loss is decidedly musical theatre’s gain! 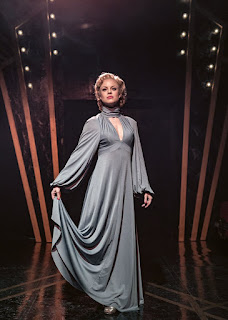 Director John Plews has once again worked his witty magic in his home space and drawn some tremendously comic performances from Darren Benedict and Ellen Verenieks as Horace and Madge Hardwicke, but Matthew James Willis as Alberto Beddini was hysterically funny and boy, can he sing too! 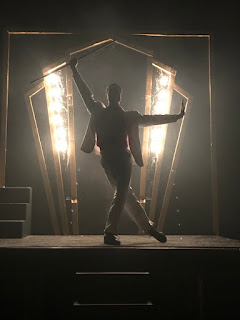 Top Hat is above all a superb ensemble piece, and producer Katie Plews has put together a superb cast and a team of truly inventive creatives. Choreographer Chris Whittaker manages the magnificent tap routines and dreamy ballroom numbers in the intimate space with great panache, and musical director, Charlie Ingles, creates a delightfully lush sound worthy of these timeless Irving Berlin classics. Costume supervisor, Joseph Hodges, completes the look of this stunning show with a cavalcade of costumes worthy of any West End show, including breathtaking sequin-encrusted top hats and tails for the finale! 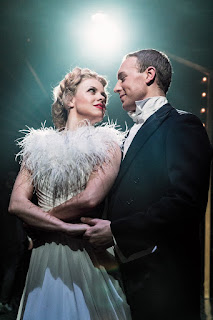 Once again Upstairs at the Gatehouse provides the perfect alternative to panto and, having tried to book for another performance over Christmas, this is, Hamilton apart, one of the hottest tickets in town. And well-deserved too!