on September 29, 2017
★★★★ Footloose – The Musical
Currently at The Peacock Theatre until 30 September
and then continuing to tour nationwide


I was invited to see Footloose by a friend who had seen it numerous times on its nationwide tour. It was a favourite which is always a potentially difficult situation, especially when this was my first visit to the stage version, and had not seen the film either.
I must say from the off that I thoroughly enjoyed the show.  Based on the 1984 American musical film directed by Herbert Ross, it tells the story of Ren McCormack, an upbeat Chicago teen who moves to a small town in which, as a result of the efforts of a local minister, dancing, and rock music have been banned. With that premise established it is easy to guess the rest of the plot. 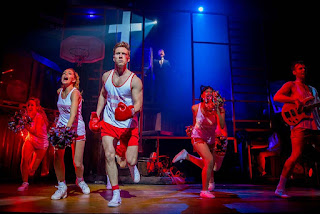 Directed by Racky Plews and with choreography by Matt Cole, Footloose positively buzzes from beginning to end. The young and very talented ensemble sing, dance and amazingly also play all the instruments too – this is one incredibly versatile group of performers! Their enthusiasm left the audience breathless. 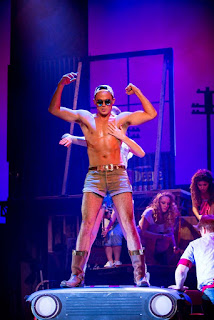 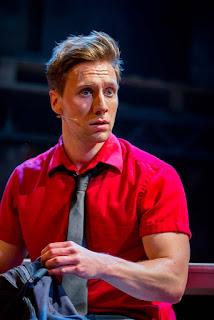 Leading man, Joshua Dowen as Ren was tremendous - definitely, one to watch, and, to use that hackneyed phrase, ’a star in the making.' Gareth Gates as Willard shows a penchant for comedy but also received gasps of appreciation as he displayed his finely-toned torso as his overalls were suddenly and gratuitously, ripped off – how the youngster from Pop Idol has developed! It’s interesting to note that Gareth Gates and Will Young, both Pop Idol alumni, are now firmly established as musical theatre stars. 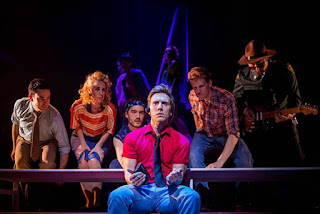 Without a doubt, Footloose’s strength is strongly rooted in the great ensemble performances, and a big bravo is well-deserved for Racky Plews who is fast establishing herself as a great director of musicals.

So, if Footloose is coming to a theatre near you, don’t hesitate, go! You will not be disappointed.